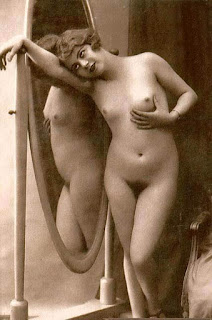 
She is the one who will do mean things just because she can, who will pout and be completely unreasonable, demand impossible things and get cranky when they can’t be done. She is the one who will laugh with delight at his confusion, at the unfairness, she will make him do silly things for her amusement, she will be incredibly annoying just to see what he will do, she will poke at him because it makes her laugh. She is both playful and petulant.

The interesting thing is that though the results are wonderfully kinky, the underlying brattiness is not.
Posted by Giles English at 09:42:00 No comments:

Just found a blog where the writer takes an analytical approach to making it work. Here's a great article on how to buy the correct male chastity device.
Posted by Giles English at 22:47:00 No comments: 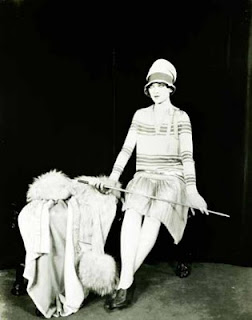 
Having a part-time slave should offer a Vanilla partner something she shouldn't and couldn't get through  a normal relationship.

That something depends on who she is, and it will be an extension of what she already enjoys. If she's a natural flirt, for example, it will be Teasing and Denial. If she likes being pampered, it's Service.

Once she's used to being in charge and getting what she wants, then she'll may be more comfortable throwing in your favourite kinks at the start of a session, and you're certainly in  a better negotiating position than before!

All this only works if, when you do submit, you really submit. Here's how:
Authentic slavery is the key to getting your Vanilla partner to dominate you. Read my book and find out how.
Posted by Giles English at 09:15:00 No comments:

Email ThisBlogThis!Share to TwitterShare to FacebookShare to Pinterest
Labels: Femdoms Sessions, Getting your wife or girlfriend to dominate you, h, Lessons from Roman slavery, Real Slavery

Email ThisBlogThis!Share to TwitterShare to FacebookShare to Pinterest
Labels: Perils, topping from the bottom

Making his chastity fantasy work for you - PART 3: Emotional benefits 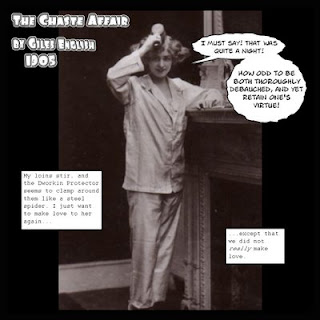 So, there are three broad flavours of male chastity fantasy.

They're his fantasies, not yours, so what's in it for you?

The first benefit is EMOTIONAL. Yes, I know men in any kind of extended chastity can become more affectionate etc, but I don't mean that - that's as suspect as affection that comes out of a bottle or a happy pill.

No I mean two very simple emotional byproducts of any similar adventure:

First, helping a person live out a fantasy is to give them a wonderful intimate gift, which is an emotional thing.

Second, no matter how he pitches the fantasy, it is a rather embarrassing one, so he's making himself vulnerable to you. Intimacy is built partly on mutual vulnerability, which has to be an emotional benefit.

Fortunately, you can give this intimate gift and enjoy and reward his openness without going to much effort...

Whatever the flavour of chastity, you don't actually have to anything extra sexually! Yes, he may want you to teased and torment him, but once he's locked into a chastity belt, almost anything you do will have that effect. Think of it as passive teasing.

So much for sex. There remains what to do about the key. It depends on his flavour of chastity...


CHASTIZED MALE (wants out, wants you to use the key as leverage.)

This one is the most effort. You have the key and are supposed to use it as leverage. He may want to pester and plead, which you may or may not enjoy - you can always tell him not to plead or the adventure is over.

The trick is to put the key out of easy reach so you are never tempted to just free him.

For extended games, make him earn his release over days, not hours and decide ahead of time before freeing him. Consider using time lock encryption software - make him set this up so you can keep upping his sentence without being able to change your mind.

For just bedroom chastity, decide whether or not he's earned his release as a finale. If the answer is "no", then either make him jerk off in another room, or let him out in the morning. The threat of "no" has to be credible, so do this at least one in three times.

He sets a target. Key goes in a sealed envelope where he can get at it.

Extended games are easy with this one. If he reaches his target, consider making a special evening of it.

Bedroom games are harder. The best option is just to agree that chastity will be overnight.

CHAYSTE (doesn't really want out of the belt once he's in)

Handle extended and bedroom games exactly the same way. It's important to set a clear time limit, otherwise the end of the lockup becomes awkward and anticlimactic. There's no reward to treat at the end - release is just coming home after and adventure.

Do just this, and you'll be granting him a wild and special experience.