How we ended up in a Female Led Relationship Part 4: Conclusions

(I'm backtracking to work out how we ended up in a Female Led Relationship --  see part  1. )

So, now we're in a Female Led Relationship. 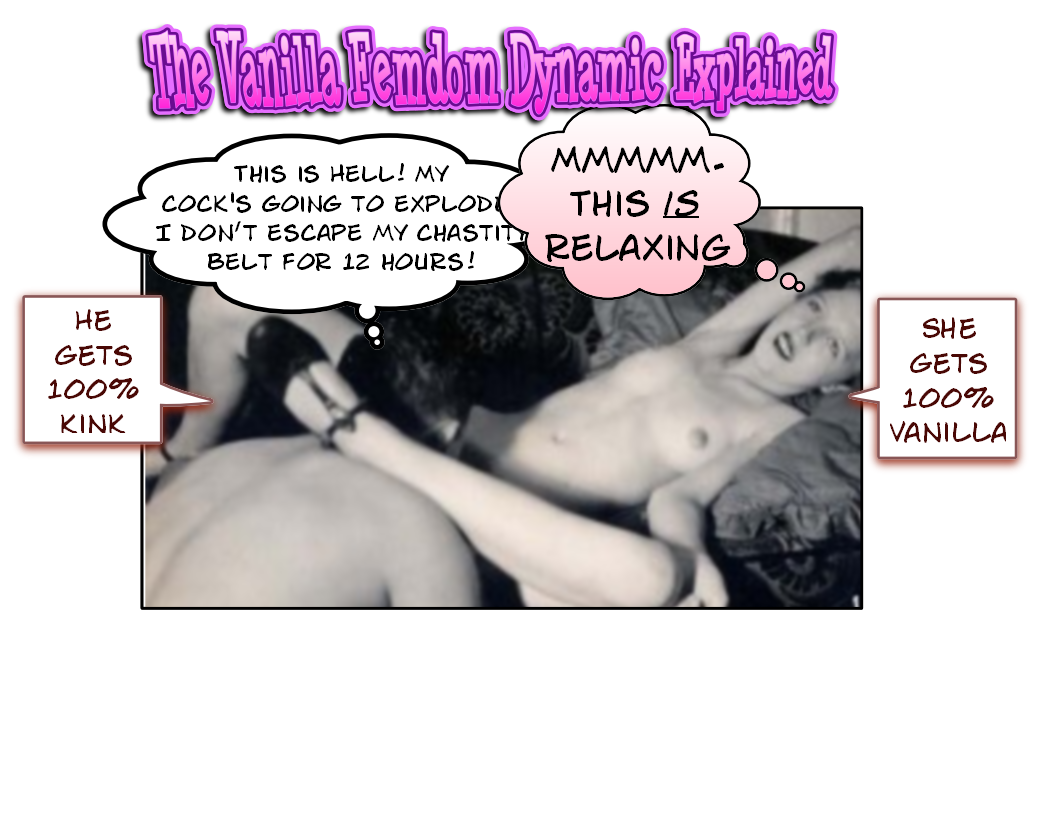 Not only does Xena set me chores and targets, I also anticipate them, and she hands out demerits and then beatings if I don't meet her expectations.

The bedroom phase of our evening starts with me kneeling in the corner awaiting orders, which she takes entirely for granted.

She gets a good foot rub and often a massage each night. At the weekend I sometimes get lucky and get to pleasure her. Sometimes things get more intense and there are whips and chains, and boots and stockings.

I don't know how I feel about all this.

Though I've fantasized about being a real life modern slave since my adolescence, part of the kick of the fantasy was its darkness. I certainly didn't imagine this is what my domestic life would look like in my late 40s!

I can't claim that this doesn't make me happy. Since my total surrender to Xena, we've both noticed that I am more relaxed, more focused.

Mostly, though, it's a relationship thing.

When I'm not a sexual submissive I am a raunchy, playful sex maniac.

What I wanted -- and expected -- from marriage was to be like that couple in Local Hero, romantic with an infinite appetite for each other, always sloping off for a quicky. It turns out that for most of us, marriage doesn't work out that way. We end up spiraling towards the dead bedroom, occasionally clawing our way outward with tricks like new lingerie, experimental sex positions, and second honeymoons. The more the higher-desire partner pushes, the more the lower desire partner recoils. Throw in job loss and money worries, and what you have is a virtually sex free marriage.

It's a similar story for the domesticity. As breadwinner, Xena feels cheated and let down if I don't hold up my side of the partnership by running our home to her standards. I have a simple choice between arguing about housework and feeling guilty all the time, or just doing as I am told.

However, I can't stand on the outside to get a perspective on all this! Experiences shape us, immersive experiences do so at an alarming rate. Also, my new role pervades my entire life. I haven't had an orgasm since the beginning of our FLR.

Which leads me to another point. I cannot claim to have acted particularly wisely.

Was I following some primal instinct, or just a kinky fool risking his relationship? I have no way of knowing.

Finally, there's the question of how we ended up here. Though I've set out numbered stages, I am not sure the precise order really mattered. It's more like a perfect storm.

So ultimately, the economy made me a slave.

I wouldn't suggest economic dependency as a strategy for a man seeking to turn his marriage to a Female Led Relationship. Rather than slip into dominating me, other wives would have left or cheated, or simply moved into the spare bedroom and retreated into a sexless life routine of work and TV.