Review of Custom Chastity prototype male device (with pictures of me wearing it!) 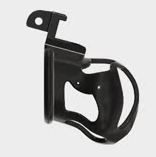 It is just the prototype, but I can do naked star jumps in it!

Whatever I'm doing, this male chastity device remains welded to my groin in a way that I didn't really think that was possible.

With other devices I've experienced, there's always a bit of shifting around either because they are too heavy - like the metal Chinese device - or because the tube projects behind the base ring causing a lever effect. If Xena - my wife and domme, for those who have just tuned in! - has me on all fours then I usually need to do some tugging and prodding to make my chastity device sit right.

Not so with this one from Custom Chastity. It's not just the design, it's the eggshell finish - it's not rough, but it clings to what it touches.

Yes, just after I hit Publish on my last post (about my custom design), the doorbell rang. Now I'm sitting wearing the disposable prototype and an actual surgical nylon base ring - one of three - so I can see the quality of the final product.

Here's my observations so far, including dick pics of me wearing it - hence the cut because one or two RL friends read this blog and not everybody wants to see my manparts anyway:

The base rings are in surgical nylon (the material for the entire final verson of the custom chastity device) and are rock solid.

They are smooth with an eggshell finish and - unlike the Holy Trainer 2 - no seams. The data sheet on the Custom Chastity site tells me that the surgical nylon is skin safe, won't soften or melt at human-survivable temperatures, and can stand up to just about anything except the kind of industrial strength alcohol that would also dissolve your skin (eek!). Lady Fox assures me it would stand up to products like Miltons.

The finish is smooth enough to wear, but slightly bubbly in places. I get the impression it's OK for a day or so, but after that it would be hard to keep clean. It's also a much softer material, which I would expect to wear out - it is a disposable prototype. The final product should be like the rings in terms of material and finish.

Fit?
I asked for three rings with the middle one slightly tighter than my Chinese device. It turns out I'm better in the larger one. This is perhaps due to the way the cage interacts with the cage - I went for the narrower 7 mm gap, which is fine.

The prototype cage is made to measure. It's the right length - a new experience, and a bit odd feeling - and I can pee in it. However, it's too fat, which is fine because it is a prototype. I think we could probably get to the right fit based on this, but Lady Fox has suggested I go to a second prototype. (Normally customers pay postage for protoypes after the first, which seems fair enough.)

This is hard to judge with just the prototype. However, it has a nice futuristic feel, with curves that make it seem designed rather than merely engineered. Xena says it looks fine.

The parts slide together in a very precise and firm fit, with no play or wiggle room. It feels like a much more robust connection than on the Holy Trainer 2.

I don't want to take this off.

I did say the prototype cage is too fat, right? It's not actually a disaster, however it does mean my dick rattles around like a bell clanger when I walk - a very odd sensation. (If  you were a real masochist, you could order up something similar with knobs on the inside.) With that in mind...

This device is awesome.

The bars are flat and broad enough that they don't chew up my dick when I get hard, yet open enough that I can shower and dry with no problem. Getting hard results in a comfortably constricted feeling. I can do all the normal things including sitting, sleeping on my front and running almost as if it wasn't there.

And, as I said, it doesn't slip. Normally if I go on my hands and knees, unless I'm rock hard, my dick shifts in my Holy Trainer 2. Then, when I do get hard, I get stuck not quite at the end. That's not an issue with this device.

I can't wait for the final version!

Beyond that: A customized chastity device is a surprising step up from an off-the-peg-device. Lady Fox knows her stuff, and is easy to work with. It helps that she lives the life and obviously enjoys what she does while not overstepping boundaries.

Even without that precision, a Custom Chastity device promises to be the best-of-breed in terms of material, finish, looks, and security (as in not shifting or falling off).

If you are ordering one of their standard chastity devices, go for the starter set. If you're new to male chastity, then your base ring size might drop. If you are a veteran like me, then you may find that the slick engineering leaves you less wiggle room and that you need a larger ring than expected.

Yes... I can't wait for the final version.